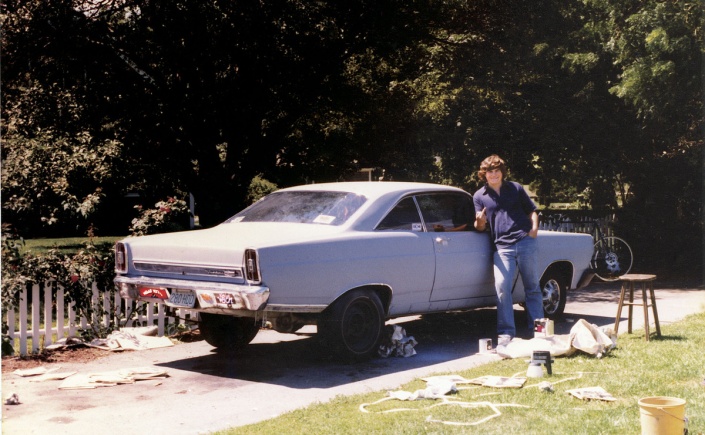 Hammers of the gods

Maybe you’ve still got a decent sound system in your car, or a weighty receiver you can still dust off from time to time. If so, there’s a chance you can fully appreciate the long-awaited Murcielago record. It’s got the gravity of a mid-sized planet.

The self-titled work, caught up for a bit in the dying gasps of the label system, certainly quells any fears fans might have had that the four-piece wouldn’t be able to live up to their transcendent live shows. The resonant vibrations of every tube in every amp these guys employ is translated wonderfully, avoiding that digitized chill that can pervade metal of a certain vintage and instead settling into a loud rock that wraps you in its warm embrace just as it’s beating you about the head and neck.

Benny Grotto, down at Mad Oak Studios in Mass., and Jim Begley at the Studio have done masterful work in capturing this sort of fire and brimstone without shaving off the edges or pumping too much air into the vocals. Neil Collins (Lincolnville, Eldemur Krimm) may be draped in reverb, but it’s still possible to make out just about every lyric, and what might be a gimmick—keeping guitarist Ian Ross always in the right channel, Matthew Robbins (King Memphis) always in the left—ends up being a splendid trick for keeping them straight and helping the listener appreciate fully their artful interplay.

There’s plenty of Kyuss and ZZ Top and Judas Priest here, maybe some 6gig, but with Jack Bruce’s recent passing, it’s hard not to hear a ton of Cream, even if it’s just because there’s a bass player doing most of the singing. It’s the same raw punch, the same joy in a riff well executed. “Money” is particularly playful, with guitars and Brian Chaloux’s (Pigboat) snare firing things up, then letting Collins go a capella: “I once had recourse, for every single slight / It’s not that I need you around, it’s that I can’t keep you in my life.”

The solo late should catch attention, with Robbins throwing out slight staccato strums, supporting the Ross lead beautifully in a desperate and crushing run: “I’ve lost all reason; I’ve come undone.” And then Robbins just takes over as they swap roles. At times it’s like they’re playing tennis.

It’s also something of a treat to hear Robbins sing on “Fairlane Swain,” a seven-minute opus of stoner rock. It’s crunchy in the open, with three-note riffs dominating, and then comes Robbins with a sneering and caustic high-end delivery that’s the height of bitterness: “Heavy metal parking lot, just a dimebag of shitpot / My mom told me not to hang around with this lot.” There may even be a reference to “fat chicks” in there.

For the chorus, Robbins rides the two syllables of “fairlane” for a few measures, then let’s a guitar peal fill in for “swain” like he’s turning his back on the song entirely. Jesus, these guys have chops.

Like any good arena-rock band, though, Murcielago have a sensitive side, too. “Cheebahawk” finds Collins getting all kinds of touchy-feely at the two-minute mark—“every time you run around, I am senseless to the sound / Of the breaking of my heart… and I know you’re not my love”—making the hard charge of the guitars firing back seem like a slap in the face. And the one-minute-long “Smoke Season” is an acoustic palate-cleanser, with Collins moving over to guitar to show they could probably pull off one of those overall-wearing stringband albums if they really wanted to.

It’s clear, though, that this is exactly what they want to be doing. While these guys have been around too long for this to signal some kind of a trend, it sure is nice to hear a completely unapologetic rock band rip through some interesting material. Maybe it’ll catch on.