Regardless of the cost

If you were concerned that the return of Rustic Overtones would mean the ends of their various side projects, it’s clear now that was a fruitless worry. The ancillary releases have intensified as the Overtones continue to hone their second post-break album. The new year already brought us a Plains album featuring Dave Noyes (a limited edition, but still), and this summer [of 2009] will see releases from a new Dave Gutter project (a duo release with Evan Casas), Spencer Albee (not that he’s an Overtone anymore), and now Tony McNaboe, who’s crafted another soulful solo album, both self-produced and -recorded (though Jonathan Wyman did the mixing).

As is the rage, nowadays, there are guest spots by the likes of Gypsy Tailwind’s Dan Connor and fellow Overtones Nigel Hall and John Roods, but this is very much NcNaboe’s album. It is more overtly spiritual than 2003’s Destination, more personal, raw and dispirited, and it’s no tossed-off, let’s-see-what-happens affair. He both moves himself forward artistically, drawing on hip-hop and chanted singer-songwritery fare a la Citizen Cope, and creates songs with substance.

In fact, The Cost of Living [the record is in very few places online, even Bull Moose is out, but it does exist at Down in the Valley, which is like the Minneapolis Bull Moose, I think] reads like a trek through a deep winter and a man who’s just coming out the other side, touched up by a bit of frostbite. In 2003, Ray LaMontagne was opening for him. Nowadays, McNaboe’s got his band back together with another album on the way. What happened in the middle? “Tired eyes, ain’t slept in two days … I swear I’m killing myself a little bit every day”; “Lately if you see me/ I apologize … I failed my family and friends”; “There’s beauty in this somewhere/ and I just got to find it.”

Whether he’s playing a role in individual narratives, or testifying about his own faith, McNaboe doesn’t blow smoke up anyone’s dress on the new record. There isn’t, however, any sign of self-pity or resignation. On the six-minute title track—housing the potentially maudlin line, “he can’t feel a thing from his neck to his feet/ but he can still feel a heartbeat”—he takes pains to finish the chorus with vocal move up, so that the cost of living doesn’t seem like a burden, but rather a jewel to be coveted, as though what you get back is always worth what you pay.

If anything, McNaboe doesn’t go as far with his music as he does with his message. At times, there’s full-on incongruity. For “Doomed,” a slow piano ballad indicates a love song, and the first verse indicates he’s, like, doomed to love this girl forever, but then he’s failing his family and friends (“that’s what people do”) and that faithful, grateful guy is gone and I’m depressed but snapping my fingers and singing along.

In the finishing “A Prayer, Pts 1 + 2,” he’s thanking Jesus, confessing all, asking to be taught to stand up and walk again, savoring every word of every verse like a gobstopper, but the synths that drive the melody feel really cold. It’s such an organic message delivered in such a digital way. There are times when you can just see the ProTools screen in front of you and McNaboe painting in the bass line (“I Know You Hate Goodbyes”).

So, maybe it’s just taste, but I find myself gravitating toward “Miracle,” where his voice is most naked, the piano is pretty-sad, and when the effects enter it’s like the sun coming through a window and lighting up all the dust in the air, an accent instead of a means.

“We know tomorrow’s on the way, and it’s a brand new day,” but seeing is believing, and there’s a difference between being told something and actually hearing it.

[Photo thanks to WCYY. I believe it’s an Alive at 5 gig from the week this album was released.] 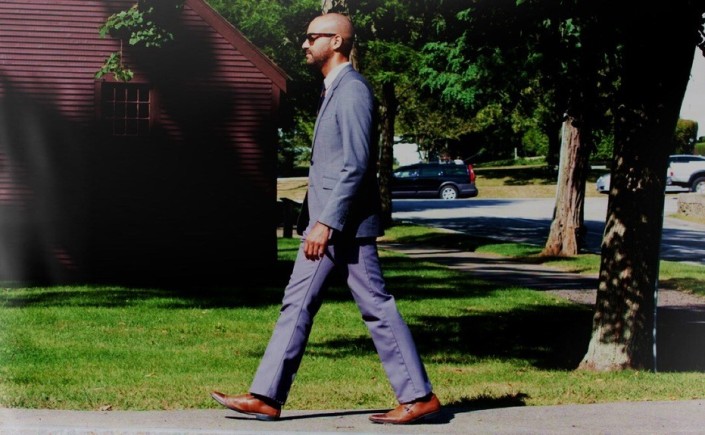 The clear-headed advice of Love What You Love

In person, Zach Jones has this calming presence. The world moves just a little bit slower around him. He is always polished, well outfitted, comfortable in a ruffled shirt front. Pulls off a fedora, no sweat.

In a progression of four records, he seemed to get ever-more polished, with his latest, The Days, like velvet made audible.

The jist of it, too, often rode that nostalgia bent that has fueled minor-key songs since the beginning of time. Kodaline recently distilled for me this very sentiment in “Way Back When,” with a semi-falsetto: “Those will be the days that I’ll be missing, when I’m old and when I’m gray and when I stop working.”

On Jones’ newest, Love What You Love, there’s certainly plenty of falsetto, semi- and otherwise, but everything is much more in-the-moment: “Today she’s got nothing to do, but to rest all the time / With a song, in the sunshine.” As the title would suggest, Jones has here decided to embrace the silver lining, while moving away from the polish and revisiting some of his power-pop work with Spencer Albee and As Fast As – along with the singer-songwriter style that will inevitably visit someone writing mostly by themselves.

That’s “Song in the Sunshine,” with a light acoustic guitar, actual birds tweeting, and straight falsetto croon until Jones dips down to finish the song’s final embrace of “wasting our time.”

But it’s also the truly superb “Little Light,” like Gordon Lightfoot and Bill Withers, with a country bass walk and a touch of woodblock from drummer Chris Sweet, the only other musician on the album (other than the string section on “Nothing’s Changed”). This is going to be a lot of people’s favorite song for a little while, thanks to Jones’ pairing of purring verses that mix in quick, staccato delivery: “providing me with shelter from the storm … a little bit of light is all I need.”

With “Out on the Town,” a song begging to be in this year’s big rom-com, they make a trio that could slip effortlessly onto the last Ray LaMontagne album. Really, I’d love to hear what Dan Auerbach could do with them. As it is, Jones basically engineered the album himself, in his apartment, with some help from Steve Drown at the studio, tracking Sweet. Jones wasn’t even in attendance. Just sent over click-tracked files.

Who ever heard of the drums coming last?

Either way, they’re nice genre pieces, not unlike the more deep-throated stuff he did on early works Broken Record and Fading Flowers. Jones is breathy in “In Love,” and just may be playing the role of the creeper, over the top in his affection. And in “Lucky One” he breaks out his first ripping guitar solo in years, with a growl that pulls the song out of being too syrupy and continues through the “looks can be deceiving” reprise.

In fact, there are a number of phrases that Jones revisits on the album that work as mantras, though it’s hard not to wonder if many of them aren’t “serenity now” in disguise. In the opening cut, it’s “Everything’s Fine,” as though reverbed piano and a bit of mildly distorted guitar could solve all of our problems. Or at least put them in perspective.

By the finish, the song becomes an interesting mix of some of Jones’ R&B/smooth operator persona and the aggressiveness of As Fast As (the bouncy chords on the keyboards are Spencer’s stock in trade). “Everything’s fine” yet again, but this time it’s yelled in the background. Is he trying to convince himself, you, some third party?

“Hate What You Hate,” an obvious single, is very much didactic, opening with White Album-era Beatles and then mixing in some oompa-oompa Dixie. Stomping piano chords introduce an irresistible chorus: “You’ve got to hate what you hate / So you can love what you love.” Eventually, a western flavor shines through, like sarsaparilla shots with a player piano in the background and cowboys sitting around betting on cards and munching on cheroots.

It’s an all-inclusive kind of album from a man who knows how to make records and likes for them to have a theme to rally around. Stop thinking so much, people. Just enjoy the ride.