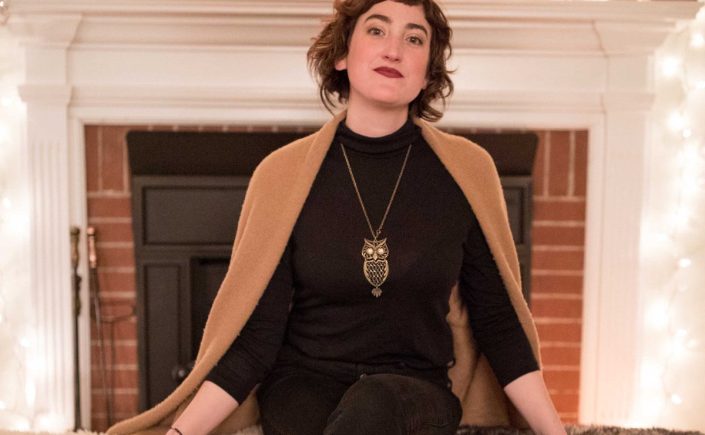 Sara Hallie Richardson, we hardly knew ye. Just as she holds her coming out party, and CD-release joint, next weekend, she plans a move to New York City the following week [this originally ran in February 2009]. 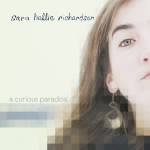 Don’t worry, though. She says she’ll be back. And let’s hope so. The girl has a voice like the icicles hanging from your rooftop, crystalline and sharp (and you kind of want to lick them a little bit). She knows how to put together a song, too. She professes a love for Bjork, and you can hear it on her debut disc, the nine-song A Curious Paradox, with its digital whirs and spare arrangements and vocal wanderings. But she has a bit of Feist’s playfulness, too, to counter some Joni Mitchell world-weariness.

She’s also a cold weather girl. She studied music at UMaine, recorded the album at Bangor’s 32Central with Michael Flannery (of Feel It Robot), and turns icily fine lines: “Never mind the winter/ Never mind that snow will soon collapse your heart.” That’s from “Seymour,” which, with its plodding snow-shoe bass, quick inhalations of crisp sound, and finishing wind chimes, is cold through and through.

It’s a refreshing cold, though. While warm, crunchy guitar tones can certainly wrap their arms around the listener, Richardson instead aims for frigidly distorted organ chords, like those that open “Sulu,” spare and echoing to a fade. It’s the crisp nostalgia of “the night, it fell upon us/ The sky of cobalt blue/ The prospect of having all of us together/ But no one showed/ Just you and I/ And in each other’s arms/ We found home.” It’s a song like sitting out in the snow, wrapped in snowpants and blankets, and staring up into the brightest stars the Maine woods have to offer, the moon casting a half-time daylight.

And though it becomes a bit formulaic even in the nine songs here, it’s a thrill when the manufactured beats charge in aggressively late in the song, drums heavy on the high hat and soaring vocals that grab you by the throat.

It’s the same charge you get out of the late-arriving electric guitar churn in “Penny Castles,” or the rolling backbeat and swarming organ in the second half of “Bottom of the Sea.” It would be too easy to call it letting her hair down. It’s the tension and build the Cambiata employed to great effect on To Heal, for a recent example; a long, slow crescendo wasn’t out of place among the romanticists.

Luckily, Richardson doesn’t always give in to this construction. Sometimes he lets the tension burn and simmer, as with the excellent “Lonely Hearts.” The three single notes followed by a strum in the open are all that ever backs Richardson as she lets her voice crush you with its simplicity, only arcing a bit lower into a minor chord for “then came the day/ You turned and walked away.” For a 20-second mid-song bridge there is a bit of acoustic guitar rolling fingerpicking. Then it’s back to that 1-2-3-strum. There are very few voices that could get away with nearly three minutes of that. But it’s lovely and enchanting.

Her falsetto in “Sandy” — it’s easy to fall for it, let’s say that. It’s enough to forgive a line like, “As I watch the leaves fall from trees outside my window/ I realize why they call it fall.” Especially with that stand-up bass, brushed cymbals from the drums, “that’s what saved me.” Her tremolo is pretty fine, too.

And I honestly don’t know what to make of “Sometimes,” a cover that’s not a cover of the Jonathan Edwards tune. See, the whole song is actually there, from what I can tell, complete with what sounds like the hiccoughs of a record player, and Richardson seems to be singing harmony backing vocals over it, way high up in the register. It’s like that time Natalie Cole sang with her dad, adding her vocals to his track, except instead of bringing an old track into the present, Richardson seems to be purposefully pushing “Sometimes” deeper past its 1971 roots, turning it into a Judy Garland ballad of the early 20th century.

As a thought-piece and an album closer, both, I think it works. But with only nine songs here in total, I guess I’d rather hear what else Richardson has up her sleeve.

Not just a vocal talent, she’s got some very interesting songwriting ideas and manages to avoid many of the singer-songwriter conventions that young great female vocalists often fall into as solo artists. New York City may very well embrace her and keep her in its clutches, but should she return to our little scene, she ought to be warmly welcomed back.